Zambia is currently facing electricity problems due to poor rain performance during the 2014/2015 rain season.

This has resulted in low waters and low river inflows into its reservoirs and this has causing the leading power supply company, Zambia Electricity Supply Corporation (ZESCO) to intensify load-shedding. The company has been compelled to reduce generation due to low water levels. 90 percent of the power generated in Zambia is produced using water.

This problem has led to people resorting to more use of charcoal for energy use. This might increase the current deforestation rate which is already too high.

Zambia is endowed with many renewable energy resources with hydro-power being its main source of energy.  The other sources also have great potential to flourish within the country. Zambia’s solar power potential is estimated at 5.5KWh/m2/day (about 6-8 sunshine hours) which is more sunshine hours than some countries receive.

This energy can be used for thermal (water heating), electricity (water pumping, lighting and refridgeration). However most of the solar energy used in Zambia is currently only being used for lighting when its dark. This maybe because there is very little technologies of renewable energies. The main solar technologies in Zambia are mostly lamps, solar panels and solar chargers. more technologies like solar powered stoves, wind powered water pumping irrigation systems need to be put in place.

The commonly used energy supply sources include: biomass (firewood and charcoal), hydro, coal and oil. Biomass accounting for 80% of the country’s energy needs is used mostly in households for cooking and heating purposes. Oil accounts for 9% of energy needs used mostly for transport and electricity generation.

According to the Ministry of Energy and Water Development (MEWD) oil costs the country about USD 0.5 billion per annum (2.3% of GDP in 2011), this is because the country does not produce any crude oil and relies entirely on imports from Tanzania to a local refinery with the capacity of 1 million tonnes where it is refined.

According to a report released by the international development organization Oxfam, renewable energy is a more affordable energy source than coal for poor people in developing countries around the world.

Renewable energies not only have the ability to ensure that the poor in developing countries have access to electricity and low cost energy supply systems but also leads to sustainable economic development and will prevent hundreds of thousands of health problems caused by fossil fuels.

Zambia has joined the rest of the world in taking advantage of the benefits that renewable energy can bring in contributing to sustainable economic growth. Currently the Rural Electrification Authority (REA) in Zambia has developed a solar mini-grid in Samfya district, Luapula province. It is expected that this will supply power to a community with approximately 6,000 people and 617 households. the project is being implemented under a loan facility agreement between the Development Bank of Zambia (DBZ) and REA.

This is to convince banks that renewable energies are a valuable investment for the future, meaning more money will be loaned and spent in the growth of the renewable energy industry. It is important for such projects to target government, banks and other investors to ensure that financially the project can succeed. The government of Zambia has received tenders from various institutions to develop other solar grids in North-Western, Eastern and Luapula provinces.

However, one country alone cutting emissions may not be enough to solve the climate change problem therefore there should be international co-operation. Green house gases ignore borders. One country’s emissions may affect another. We must learn to tame our desire for fossil fuels and switch to clean energy which is a safe and sustainable way of generating power and ensuring economic development. 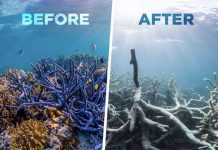 Time to rethink our prior... 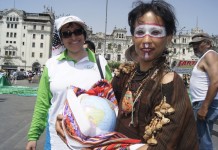 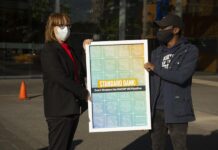 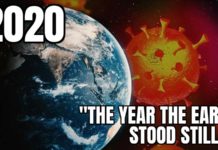 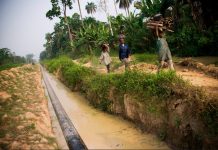 Africa at the crossroads ...